Today I felt compelled to share this post. It seems that my photographs called for my attention. It is also a way to end a serie that I started a little while back: “My Photograph As My Writing Prompt” so that a new serie can show its nose when it is indeed ready to do so.

You do not know me,
Nor do I know you,
But I saw your name,
Those five letters,
In such a specific order,
Identifying you as Amber,
Have now created a place,
And I am now possessed,
By the genuine desire,
To know your heart
❤

I hold you in my hands,
I am with you for an instant,
Back then when these pictures were taken,
Back where they were taken,

There is so much I would like to ask you,
What was it that made you smile ?
How tight was your daddy holding you in his arms?
What powers would your magic wand give you?

But I dare not ask,
I am just happy to be with you,
To listen to this beautiful silence,
Invigorating us of its presence,

I am just happy to know all that,
Your frozen memories wish to share,
Holding on ever so tight,
To your childhood photographs

She is spinning with the wind,
Following his rhythms,
Guided by his touch,
Endlessly spinning,
As if no one was watching,

She knows no one is watching,
She makes sure to go at that time,
The mundane world is dining,
She had checked a hundred times,
Before she surrenders to him

Except that she never was by herself,
He made it his daily routine,
To also be there,

His heart endlessly spinning,
To a most delicious beat,
Yet so unknown to him

It has been a little while now that I felt like seeing my web from its very beginning back on the 15/05/2015 till today and this is when the idea of this post came up.

This photo gallery is on the long side but I shall take snapshots of my web like those more frequently now. I feel I owe it to my photographs ❤

He sits exactly where she left him, in the company of his deeply-rooted piercing sadness. Yet today he dares to interrupt her:

“Sure, what is it Joshua?” She answered startled like she has never been. He just spoke to her.

“I didn’t realise Joshua. Who would you like to fall in love with?”

“Each single one of your readers”

She looks at those last words she wrote totally bewildered.

This is the last part of my trilogy “A LOST SMILE”.  I took this photograph as I reached the end of the terminal of the Eurostar Train Station last week end. It could well be them two…I better not say more.

She sits quietly just like she always does. Months have now passed and she no longer thinks about him. That is not to say that she has forgotten him, no, she has simply accepted the idea that she might never see him again.

She is lost in her book as he enters. He, without a single hesitation, takes a sit in front of her and just like her he looses himself in his book.

Some afar train randomness catches her attention out of her book. She instantly sees her book staring at her and before she can even realise it she is speaking to what appears to be a man.

“Such a fascinating read isn’t it?”

He lowers his book to reveal his most majestic smile. As she sees him, she begins to blush in some of the most embarrassing ways despite all her attempts at concealing her heart’s feelings. She is the kind of person who can’t hide her feelings. He notices it and instantly brings her back to the book.

“Absolutely, I saw you the other day, you seemed so taken by it that I had to read it for myself”

She has this face that says he remembers me. There was no possible way she could ever hide that from him or the world. He gently nodded with a dragon keeper assurance.

Both are now lost in their own world, one from which time nor space seem to matter, well until they reach the terminus that is. Time was clearly past their work ticking clocks then and yet all they could do was but to grin the way children do when caught in the act. Today both have decided to use the sick day excuse. They most obviously first acknowledged to one another that they clearly aren’t that kind of person but if there was a time to do it, well it was clearly today. Both jumped back into a train with no particular destination in mind but that of their conversation

When I posted “A lost smile” on The Drabble Shortness of Breadth I had one of those comments I would have never imagined possible. “I need you to paint a better picture. Is she sitting by the window? What is she wearing? Does she have glasses? Is she reading a book? Does he enter the compartment and sit next to her or across from her. Does he notice the book she is reading, and then does he look quickly into her eyes and smile? Are words spoken? What if this event was seen by a third party. What would they see and hear?” I couldn’t possibly refuse such a wonderful invitation from traditionshome.

She sits quietly just like she always does, lost in thousands and one worlds. She is lining on the window sill desperately trying to be part of a nature which appears to be travelling at such fast speed in front of her eyes still.

She is pondering on those last words she has just read from a book she holds so close to her heart as if to be part of that beautiful romance at last unfolding between the powerfully handsome dragon trainer and the ever so delicate and beautiful elf. She imagines what today would be like if instead of wearing her saleswoman’s hat she was wearing that elven tiara.

It is at this exact instant that he enters her compartment. As he sees all that beautiful light emanating from her white gown, he somehow finds himself harbouring his most majestic smile even if that defies all the laws of his introvert complexion.

“Can he see me surrounded by my elven forest?” she wonders.

“Don’t be so ridiculous!” answers an intrusive voice she knows all too well.

And as she catches herself absorbed in his mesmerising smile she shies away in the blooming romance from her most favourite author. Yet the lines seem to no longer make any sense, dancing at a chaotic rhythm she can’t seem to tune in with any longer.

“My heart must be elsewhere, but where?” She wonders.

Yet before she can even contemplate a possible answer, her dragon keeper must return to his working day. She is left there quietly to ponder 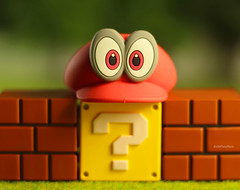